Burn At The Stake Barbie 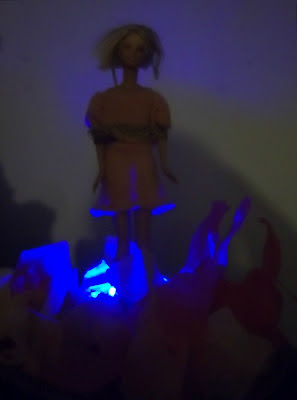 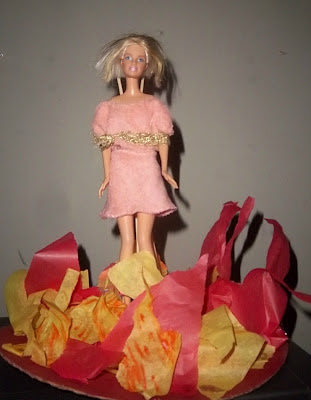 This is for Day 2 of 30 Days of Creativity (Day 2, #30DoC )  and the theme of the day is fire, so I decided to make a "Burn At The Stake Barbie".    She used to be a mild mannered doll, but she started idolizing Paris Hilton and started carrying her dog in her purse (until the ASPCA fined her for cruelty to animals), stopped wearing underwear and started tricking the boys in town into making night vision videos of questionable character.   The townfolk decided she was possessed by a witch and only the fires of hell would cleanse her soul. 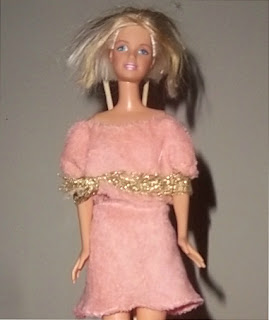 She just thought it was a new fad spa treatment and was all for it.  As she wanted to look good for the occasion (as it might be her last) she donned a new outfit in peach as it would go well with the orange in the flames.  (She ditched her hair extensions as she was afraid they would melt.).

The skirt and top were made out of stretch terry cloth scraps from a free printable pattern with instructions at Emby Quinn.

The "rope" that tied her to the stake is a leftover Christmas ribbon. 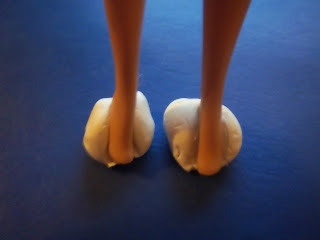 To help steady her feet, I rolled up two balls of FIMO clay then pressed her feet into them, then baked at 275 degrees for 15 minutes as indicated on the package.  When cool, I used a glue gun to glue her feet to the "rocks". 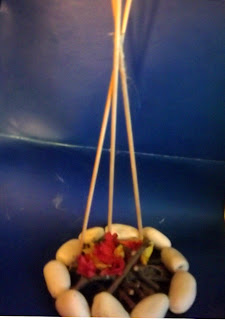 To the campfire, I added three bamboo skewers, gluing on in the center toward the back, then criss-crossed two other skewers over it and glued them down at the bottom and at the center to form sort of teepee shape.

I tied the Barbie to the sticks and placed it in the center of a round piece of cardboard (off of a frozen pizza) painted red, then with torn pieces of yellow (some with orange accents colored on them) and red tissue pieces glued on it. 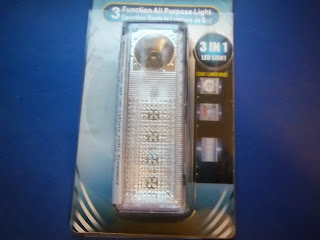 To make the fire look more realistic, I put a 3 in 1 light that I purchased at the dollar store.  One of the modes flashes blue and red. 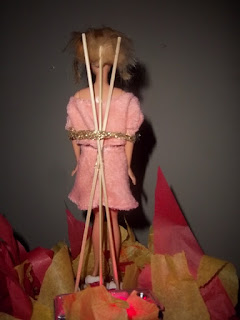 This is what the Barbie looks like form the back.  The light was placed behind the sticks.


(No actual Barbie was harmed in the making of this craft)