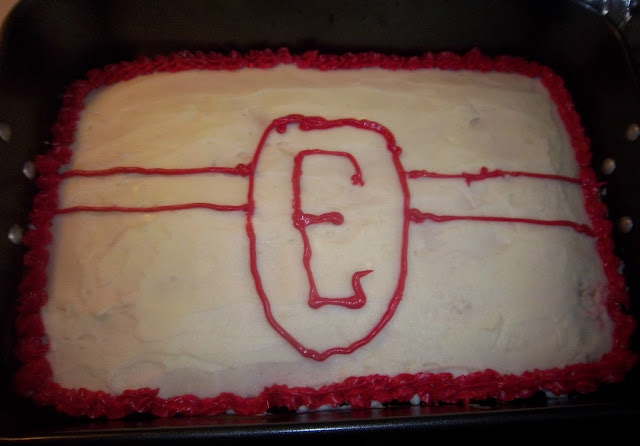 For my son's 20th birthday he wanted a vanilla cake with buttercream frosting and minimal decorations and something more "grown up" than past birthday cakes, so I decided to make him an Edsel logo as
he and his father own a 1959 Edsel Villager (pictured left).

I used a boxed cake mix, but went in search on the internet for a buttercream frosting recipe, as I had never made it before and found this super easy and delicious recipe on Food.com for Vanilla Buttercream Frosting by Sprinkle's Cupcakes (featured on Oprah).

I used canned decoration frosting to look like the emblem on the front of the car and instead of writing out EDSEL I just used the letter "E".   As the canned frosting did not come out consistently it; there would be nothing and then it would glob out, resulting in less than professional looking results but tasted great and my son loved it.

If I had it to do over, I would use red licorice strands for the logo and lines and just used decoration frosting around the edges. 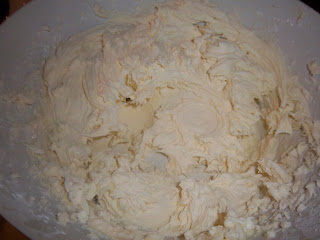 I wasn't sure how much I would need as the amount was set up to frost cupcakes, so I went for 18 "cupcakes", but probably ended up with enough left over to frost another cake.  The recipe below is what I used, but you can click on the hyperlink and type in number of cupcakes and the software calculates what you will need.

Vanilla Buttercream Frosting (From Sprinkle's Cupcakes)
In a bowl, combine butter sugar and salt and cream them together (I used a mixer).

Add milk and vanilla and beat 3-5 minutes until creamy.   It came out very thick and I added a teaspoon of water to get it to more easily spread on the cake.