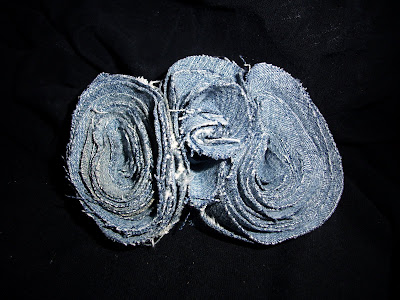 Upcycle an old pair of jeans scraps into a flowerly barrette.

The scraps were taken from one of the legs of this pair of scraggly old jean. 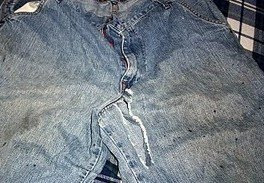 The principal for making the flowers here is the same as the rolled paper flowers here:
http://craftsandcreationswithkathy.blogspot.com/2009/12/rolled-flowers.html

For the two outer flowers, I cut 2 12 inch x 12 inch squares from one of the legs and stacked them on top of  each other, right sides up, flipped them over and on the wrong side of the fabric drew a spiral like the one below on where the spirals were about an inch wide.   For the center flower, I only used one layer of fabric. 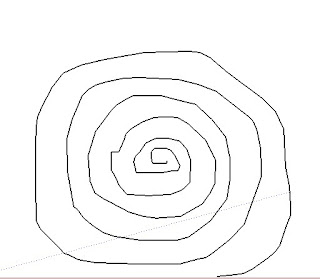 I then cut out the spirals and rolled them starting with the inner spiral outward and would stitch the layers loosely with a needle and thread. Here is the bottom view of the rolled flowers. 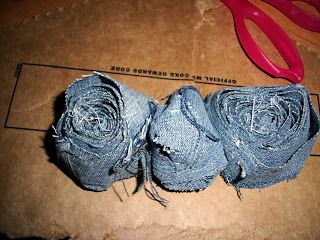 I put the barrette blank on a piece of cardboard and drew around it with a pen, making it slightly larger than the barrette and then cut it out. 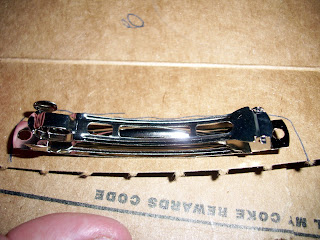 I put the flowers with the 2 layers on each end and the one with 1 layer in the center, scrunched them together then glued the bottom of the flowers to the cardboard. 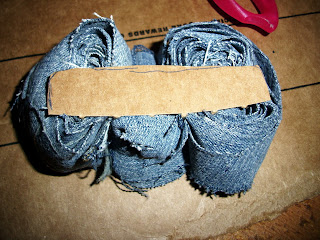 I then glued the cardboard to the barrette blank. 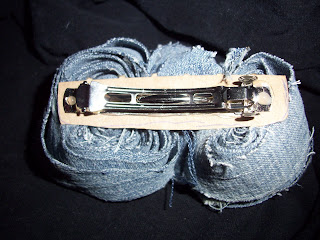